See How God Brought Beauty from Ashes in Liberia 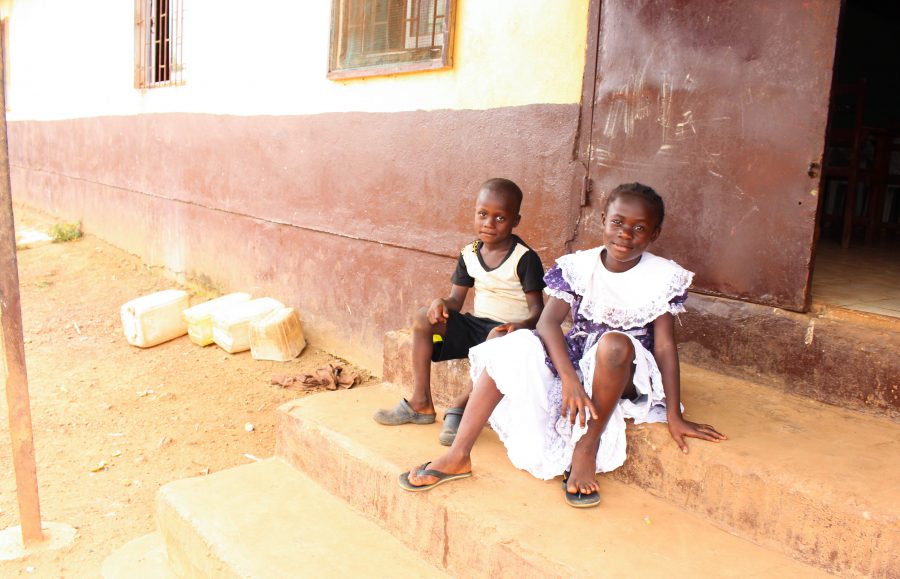 Giving children and young adults the chance to learn remains one of the most urgent priorities in Liberia. So thank you for being part of the solution. Your ongoing prayer and faithful support is changing the lives of people like Grace (see below).

2014 was a devastating year for Liberia.

It was the year Liberia experienced the worst form of the Ebola outbreak which led to the death of over 10,000 people. The country was already reeling from 14 years of a brutal civil war that had resulted in a broken economy and an orphan crisis that had moved from bad to worse.

During this time, our team welcomed 10 orphans who had lost both parents to Ebola.
Among them, a little girl named Grace and her younger sister Sarah.

Grace and Sarah’s dad had been the assistant pastor of the Bethel Church in the local community. When people started getting sick, he took the initiative to help them, not knowing it was Ebola.

When their dad contracted Ebola and died, Grace and Sarah were not allowed to interact with anyone in their community because of Ebola.

So, as little girls, they were shunned by the only people they knew.

The community they discovered at the orphanage became their family, and by the grace of God, the sisters have been able to stay together.

As we do for all the children in our care, we provided these two young girls with food, clothing, safe drinking water, a warm home, as well as Gospel-centered care and education.

While we knew this provision could not bring their father back, we wanted Grace and Sarah to grow up knowing they are loved and supported.

Today, 8 years later, Grace’s joy has been restored. Though she still misses her dad, she has found purpose for her life and is impacting others for the glory of God.

In 2017, Grace graduated from high school.

In 2020, she graduated from Teacher’s College and started teaching at Lifesong Christian Academy!

And last month, Grace married a Godly man who loves her and will lead their family well.

Grace continues to teach and serve in our local church.

She often says that she doesn’t know where she and her sister would be if God hadn’t sent help in the form of Lifesong.

Your support made this possible. You have joined us in turning collective heartbreak into hope for children in Liberia and around the world.

Thank you for your part in this story.

Something Big to Celebrate in Ethiopia!

What Kids in Liberia Need Most