The Impact of Sports in Orphan Care 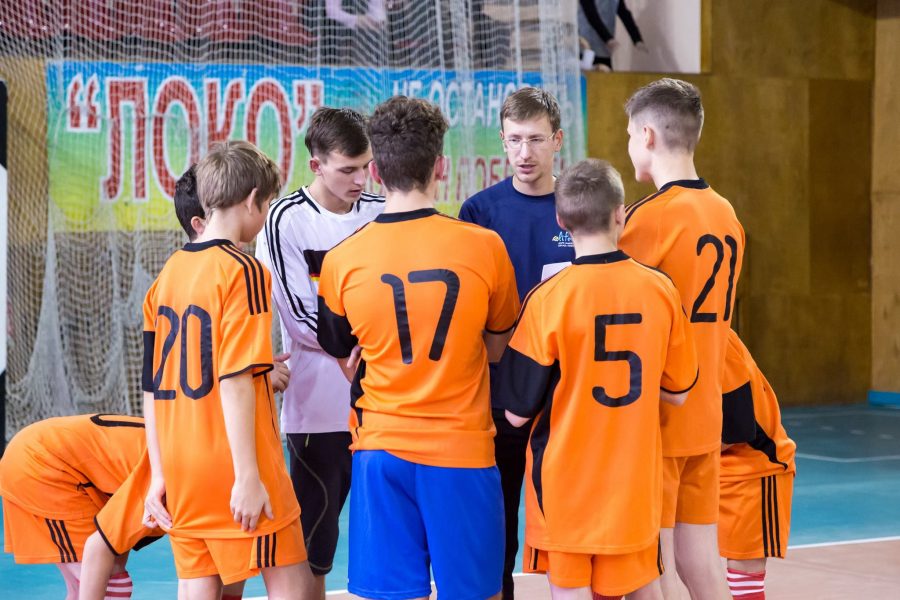 In Ukraine, an estimated 250 children enter the orphanage system every day.

In the United States, the average public school has 520 students. Which means, every 2.5 days, the equivalent of an entire U.S. public school goes to live in orphanages in Ukraine.

Orphanages, alone, aren’t equipped to meet the growing needs of children who ultimately belong in families.

But as Arthur shares in this video, because people like you pray and give to support our kids in Ukraine, fatherless children—like him—can still find hope and a future. Specifically through sports, our kids in Ukraine receive mentoring, friendship, and Gospel-centered discipleship.

Like many kids in Ukraine, Arthur’s childhood wasn’t easy. His clearest memories of his father are when he was drunk and arguing. Eventually, his father left the family.

“Last time I saw my dad was at my 6th birthday. He came to greet me, but I ran away from him. When I was 11, I was told that my father died.”

Arthur’s mom became very sick, and she couldn’t care for Arthur or his siblings.

As a kid, Arthur dreamed of becoming a professional soccer player. He certainly had the skills and talents from an early age to make this happen. But God had plans for Arthur’s life that were bigger than playing professional soccer.

In November 2008, Arthur placed his faith and trust in the God who had always been faithful to Him. Less than a year later, he was baptized.

“I asked God many questions, including why He gave me and my brothers a fatherless life. But God’s answer was that He never left me alone. He was my Heavenly Father. He cared for me all the time and protected me. I could have easily followed in my dad’s footsteps, but God didn’t let me do that.”

How God Is Using Sports to Reach Kids in Ukraine

We believe God blesses us with talents and resources to help children in need. Arthur believes this, too. As a young adult studying to become a P.E. teacher, he realized that his soccer skills could be used to reach kids and teach them about God at the same time.

So that’s exactly what he’s doing.

At Lifesong Ukraine, our team—including Arthur—is committed to breaking the orphan cycle through the love and truth of the Gospel. Through several ministry outlets, we seek to reach kids—not only while they’re living in the orphanage—but also as they transition into adult life, since orphan grads are some of the most vulnerable people in Ukraine.

One of the best tools to meet and build Christ-honoring relationships with kids in need is sports, and specifically futbol, or as we call it, soccer. Soccer is the most popular sport in Ukraine.

Through soccer training and tournaments in Kharkiv, our team is reaching orphans with the Gospel. In addition to learning soccer skills and life skills, each child is mentored through major life decisions and is encouraged to attend church and build relationships with the church family. Each soccer practice and game begins with a time of prayer and devotion.

This sports training is making a deep impact on kids in Ukraine. Not only is it giving them a healthy outlet and soccer skills, but it’s giving them hope for their future.

Arthur is one example of what happens when fatherless children are reached with the Gospel. Statistics say he shouldn’t be successful, happy, or serving God. But God has blessed him in wonderful ways. And in return, Arthur is using his life and skills to serve others.

And because Lifesong Ukraine is funded by people like you who care about kids and young adults like Arthur, stories and futures are being re-written and re-imagined every day for the glory of God.

Arthur now has a wonderful wife, and he hopes someday to be a father.

Since approximately 80% of orphan grads in Ukraine are left to fend for themselves and eventually end up committing suicide or falling into drugs, prostitution, or crime, we seek to reach orphans and kids in need and mentor them into adulthood. Through sports, year-round camp programs, after-school classes, one-on-one mentorship, jobs training, and many other unique ways, we seek to show them the love of Christ.

.
You Can Empower Orphans in Ukraine

I was raised without a father, and through this experience God also encouraged me to go to orphans and become a mentor to them.

So what has God given you that you can use to reach people in need?

Whether you pray for the students or you give to support the ministry—or something else entirely—you can empower orphans in Ukraine.

Together, let’s reach more kids in Ukraine for the glory of God.

Reach Orphans in Ukraine with the Gospel.

Love One: Sponsor a Child