The older I get, the more I understand about my adoption.

I’m reminded by God of how much bigger His plans are than mine tend to be, and I like to consider myself a big planner and a big dreamer. And yet there is more.

My adoption story is a big part of how the Lord came into my life. Actually, it’s not part of my story—it is my story. And truthfully, for the longest time, I didn’t realize it. It wasn’t until I was 18 years old about to graduate from high school that I really understood and recognized what the Lord has already done for me. 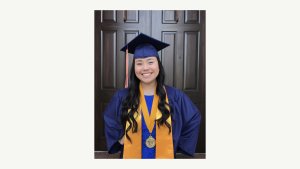 I was graduating at the top of my class, and when it came time to figure out what I was going to say in my speech, I had no ideas. I looked at anything and everything outside of me and my life. First I YouTubed valedictorian speeches, then I looked at my devotionals and church notes, I asked my teachers, but nothing seemed to fit.

I was encouraged to “just speak from the Word,” but I couldn’t do that, because in my heart I knew I was very complacent with my relationship with Christ at that time.

My dad brought up the idea of sharing my adoption story.

He said, “Why don’t you tell them your story?”
“What story?” I said.
“Your adoption story.”
And that began the work in me with reflecting and understanding why my story is worth sharing.

It wasn’t easy to say yes to sharing at first.

I was very hesitant and nervous, and I didn’t feel like I could share something that I didn’t remember. It almost felt like it was someone else’s story. But after getting to sit down with my family and hear about my adoption story, I realized a few things.

One—I was moved. My own adoption story brought renewed conviction about where I was at with the Lord.
Two—It’s not actually my story. It’s God’s story about what He has been doing in my life, and it’s my honor and pleasure to share it. 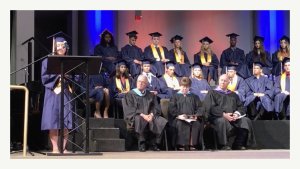 Yes, that sounds dramatic, and I would think exaggerative if I heard that too. But honestly, that was my reality.

The first part of the story starts with my birth mother. Instead of aborting me, she chose to give me life, and that was the first time in my life I had been seen. For reasons I probably will never know, she left me on the doorsteps of an orphanage where I was found by a groundskeeper early in the morning. I must have been there a while because I was in a bad shape, and I had hypothermia when they found me.

I was then taken inside and given an examination like all the babies that come in. 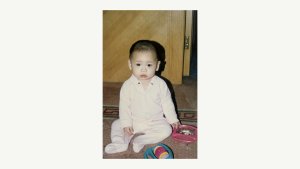 As much as the orphanage tried to care for all the babies that came in, it was a poor orphanage with very limited resources so it was normal policy to determine whether a baby is likely to survive or not. The babies deemed unlikely to survive were then placed in a designated room until they passed away. After my evaluation, they decided that I was too sick to save and was placed in a basket ready to be taken to that room.

While I was waiting in the basket on the floor, the director of the orphanage passed by and saw me. And all of the sudden, a commotion broke out.

Again, even in my short life at the time, I had been seen. And because that woman saw me and made a choice, I got to live. I was then placed in the room where the babies were well cared for, the place where we were given the chance to thrive. … there was a couple in the United States who made the choice to open their home to a baby.

But at first, that baby was not me. My parents had asked to adopt twins. But when the packet arrived from the adoption agency, it just had a picture of little ol’ me in it.

My parents were shocked, and my mother was heartbroken. You see, they had actually built an entirely new section on their house to accommodate twins, with two of everything. The days following the arrival of the packet were filled with conflict with the agency.

They were told the problem was in China. The agency said, “The baby in the packet is yours if you choose to move forward. You need to tell us if you want to proceed.”

My father was all in, but my mother’s heart was wounded. Dad tried to talk to mom, but she was too sad to engage. Finally, the agency called and said that they needed an answer by 9am the next morning. My father told my mother the deadline, but she was still dealing with a wounded heart, so they went to sleep still without an answer.

During the night, my dad had a dream. It was a memory of a testimony a girl had given at their church months before. And the girl’s name was Destiny.

My dad woke in the morning and asked my mom, “What are we going to tell the agency?”
Mom just said, “I don’t know.”
Then dad shared about the dream he had and went to get ready.

When he came out, mom was sitting on the bed holding my picture, tears streaming down her face. It was the first time she had seen my picture since she first opened the packet.

She looked up at my dad and said, “Destiny Joy Twohill. Let’s go get my baby!” 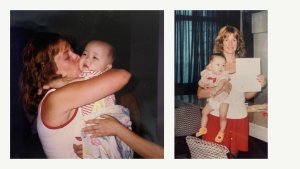 Not long after that, Cindy Twohill flew to China herself to pick me up and take me to meet my family. I thank God for the choice they made, too. I will always be grateful to my birth mother for giving me life, but I am forever thankful that God planned for me to be adopted and to be given a family that loves me.

So where does this adoption story go from there?

Well, I grew up living a blessed life I could have never had without the Lord saving me from my first day of life. I’m one of three adopted children in my family with three biological siblings for a total of six children, and we’ve all been blessed with a family that loves us beyond measure. 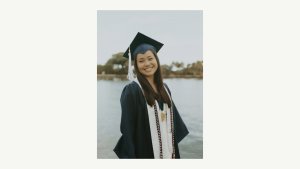 Last May, I graduated from the Harriet L. Wilkes Honors College of FAU with a major in Biology and a minor in Spanish literature. The next goal I’m working towards is becoming a Physician Assistant in the medical field. Such goodness and grace from the Lord and who continues to show us there is more. 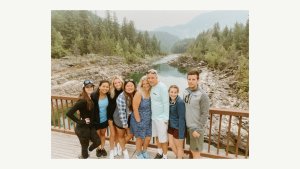 From the steps of an orphanage to the path I am on today, I am an example of how God is continually writing our stories.

1 Peter 2:9 says, “But you are a chosen generation, a royal priesthood, a holy nation, His own special people, that you may proclaim the praises of Him who called you out of darkness into His marvelous light.”

This story could have ended the day I was born, but God has seen me from the first day all the way to being here today. And this is why adoption—and my adoption story—helps me understand how much God loves us and cares for us.

My birth mother saw me, the groundskeeper saw me, the director saw me, my parents saw me, but most importantly, God saw me before anybody else did.

He sees the orphaned and the vulnerable and He calls us to do the same. That calling will look different for each of us, but if the story I’m sharing tonight helps remind you of anything, I pray that it’s about our need to see people the way He sees them.

You can fund grants and loans to help families overcome the financial hurdles of adoption, as well as support orphan care ministries around the globe! 100% of your gift directly helps children in need.

THIS CHRISTMAS, DOUBLE YOUR IMPACT ON ORPHANS AND VULNERABLE CHILDREN.

THIS CHRISTMAS, DOUBLE YOUR IMPACT ON ORPHANS AND VULNERABLE CHILDREN.