During the month of November—National Adoption Month—we’re honored to lift up various voices from the adoption triad: the child, the birth parents, and the adoptive parents. Today’s guest post comes from Amanda Carpenter, speaking into her life as a former orphan and an international adoptee and adoptive mom. In her words…

As a chosen child through adoption, I considered myself to be extra special!

It seemed to me that having the most rad items for first-grade Show and Tell was simply everything. I mean, anyone could show up with a stuffed animal, but no one showed up with a treasured hanbok all the way from South Korea. Nope! Not at my school.

I owned that lane and that fact was simply a fact.

My family was my family, and yes, my last name was Anderson. The adoption side of my origin story was not lost on me. 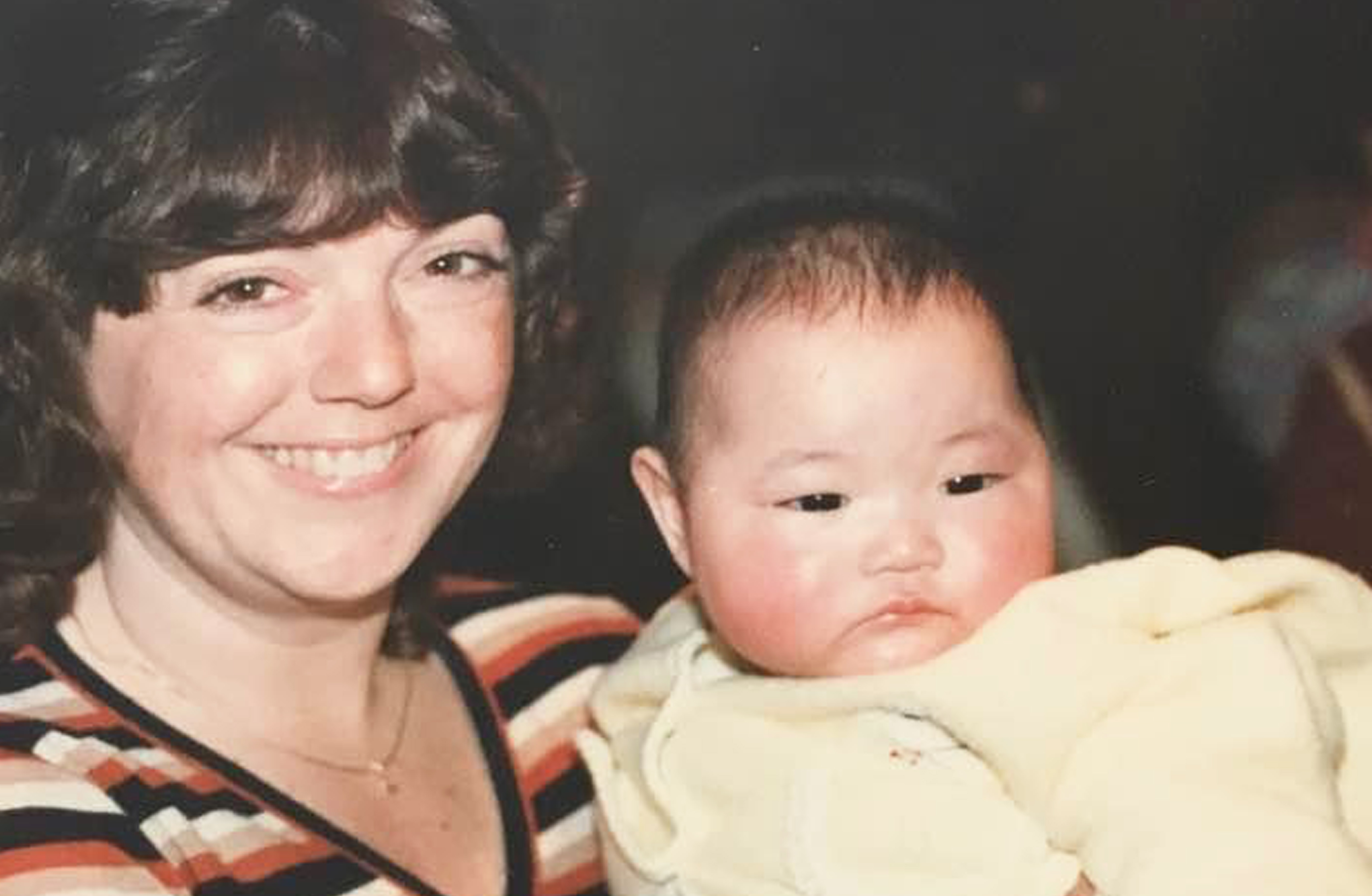 What was lost on me was the “why.”

Why was adoption a good solution in my life?

After some terrible teens years, salvation through Jesus Christ, marriage, and birthing a couple of kids, the Lord whispered adoption onto my heart. Almost a year into the adoption of my daughter Rose, I found myself on the floor with my guts falling out of me, praying that she would be loved and protected as she lived out her orphanhood.

In this moment, when I was 26, my Father God informed my heart that I, too, was once an orphan.

This fact made sense of what was no non-sensical about my life and sent me on a biblical treasure hunt for the Lord’s will and the orphan. 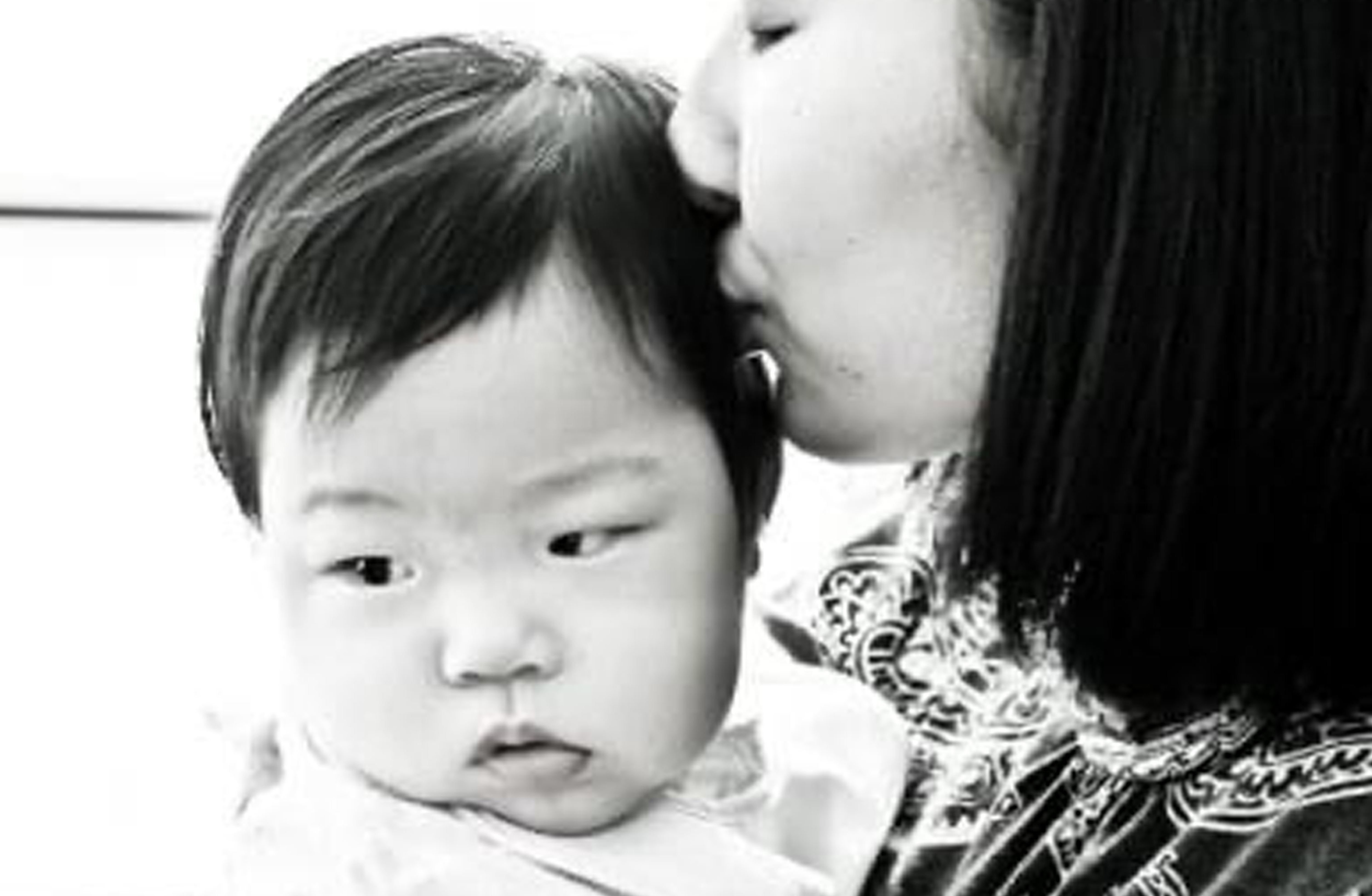 I have never been cognitively upset about being adopted.

This is true for a few reasons— 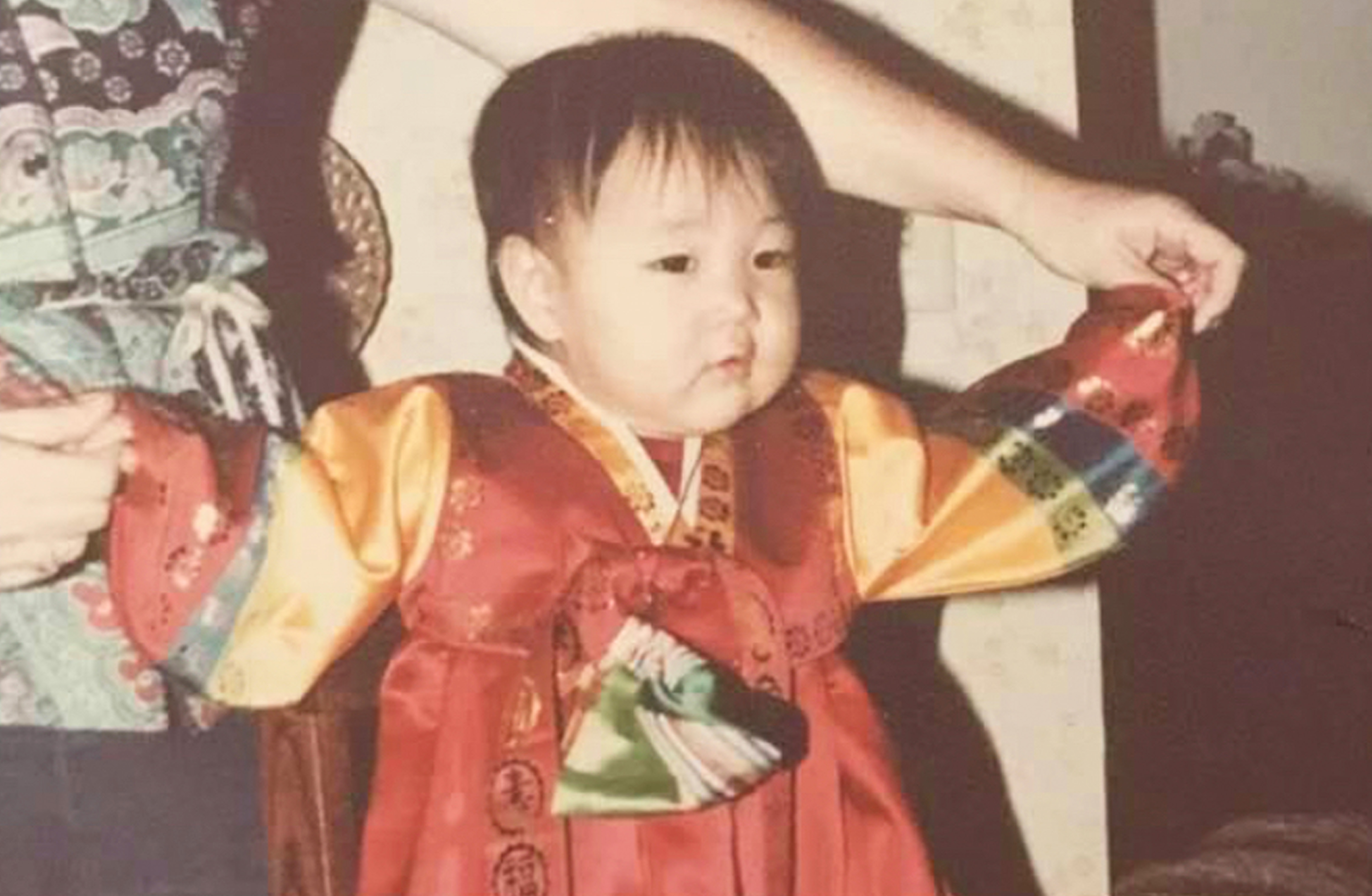 That said, my mind might have been too guarded and/or lacking in skill. Yet my body and spirit endured being upset, nonetheless.

My default actions and feelings that lead to my thoughtlessness was one of deep ache that enormously heightened my survival instinct. Unfortunately, that instinct was backwards, upside down, and in pieces. This was not corrected until I encountered the God of the Bible, believed Him, and began to learn how to think.

Maternal instinct was, at best, dormant within me.

Nonetheless, I found myself young, married, and mother to 2 small boys. At that time, my husband Blake and I were making just enough, I had settled in as a stay-at-home mom, and the maternal thing arose in all its blooming glory.

Blake and I had come to a point of thanking God for our boys, and we then quietly declared ourselves done.

Not long after, I found myself intently watching a talk show about adoption. (Mind you, adoption wasn’t on my radar in any way, shape, or form.) Shortly after the show ended, a whisper of a voice filled my heart and mind and renewed an old desire.

You once wanted to adopt.

I immediately knew our family was incomplete. Next step: inform my husband.

I called him up and enthusiastically declared that our family had another child due, and it would be through adoption.

Note: Resist giving me the benefit of the doubt by thinking that I said this in a kind and gentle tone. I declared it before I said, “hello.” He politely whispered back, “Um, okay. But I’m in a meeting.”

I spit out, “I’m sorry” and hung up. Thus the journey to our little Rose began. 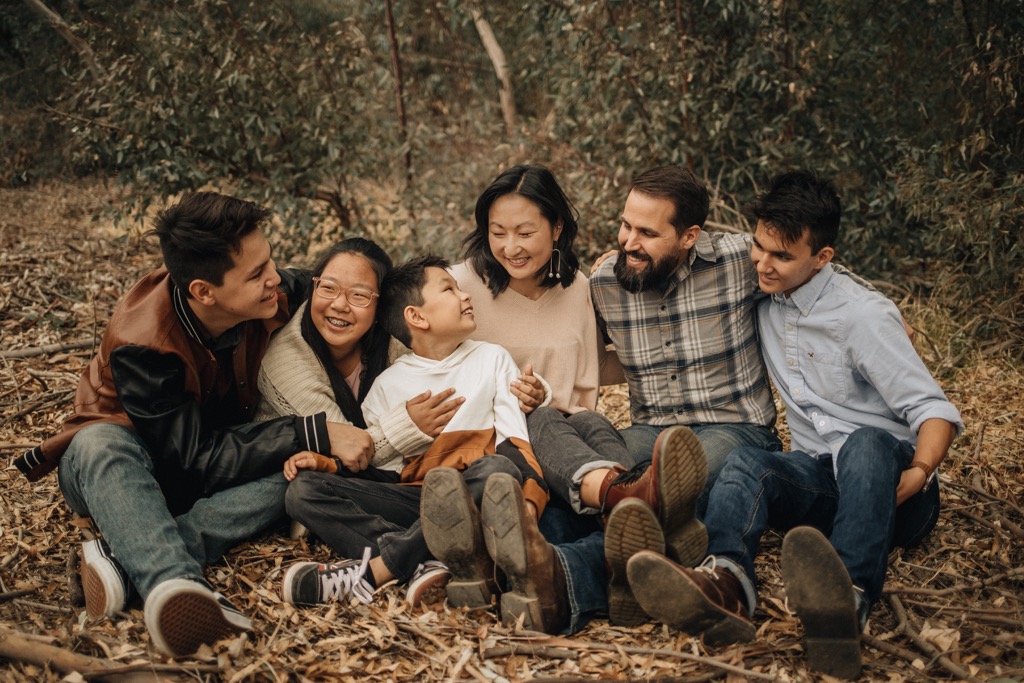 Adopting changed my perspective about my own adoption.

Nothing has made me remember calendar dates like pregnancy and the adoption timeline (so-called). According to our timeline, there was a good chance that a woman somewhere in S. Korea was pregnant and going through an intensely difficult time. So in response to this, I went to prayer for her and for my daughter.

Quickly, the prayer turned into the kind which you can’t get oneself lower to the ground and you just let the ugly tears go.

It was the prayer of a mom whose daughter was half a world away. The thought of it brings tears to my eyes and makes my heart choke even as I remember it. “Lord, protect my daughter. Love my daughter.” Over and over.

As her mom, I knew that she and her birth mom were on the brink of severing a relationship that was never meant to be severed, and thus, consequences were coming to us all.

I was quiet and weak when I heard a familiar whisper of a voice say, “You were that orphan.” 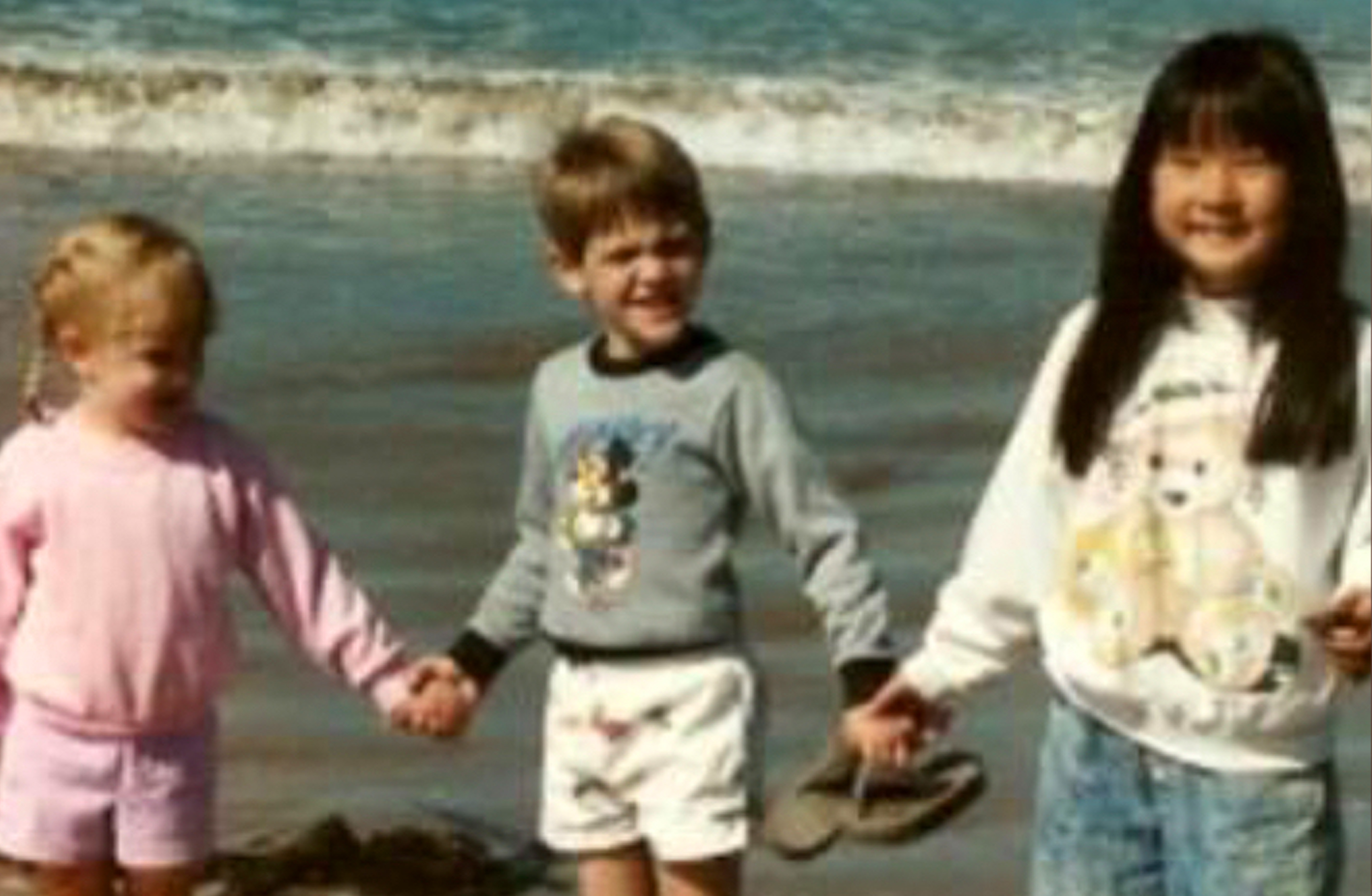 I was an orphan.

It was the puzzle piece that came in the box, fell onto the floor, got kicked under the TV console, and stayed there long enough to forget the puzzle completely.

I was an orphan.

9 months of my life had gone unacknowledged, yet my life danced around its unoccupied space the whole time. My life lived the story of an orphan redeemed without knowing it and by not knowing I had missed my depth of injury and its healing.

More importantly, I missed the depth of the Lord’s compassion for me and His commitment as a Holy Father, Who is love, to me and to others.

Today, by His grace and truth, I have the opportunity to pursue Him and welcome others to do the same.

IS GOD LEADING YOU TO ADOPT?

Born in Korea and raised in Clovis, CA, Amanda is both an adoptee and adoptive mother. She is wife to Blake, and a homeschooling mother to Ethan (17), Micah (15), Rose (13), and Simon (9). Since her salvation in Jesus Christ in 1999, she attended Moody Bible Institute, (Don’t be fooled. She didn’t graduate, but fell in love with learning), and has been involved in a variety of ministries such as church planting, women’s Bible studies, and so on.

However, it was later when the Lord began to make clear His heart clear for the fatherless. Through this, He revealed hidden hurts, wrong thinking, and a deeper desire to spread the good news of Jesus Christ and to encourage His saints to walk by faith, with discernment, and always in love.