From Congo to China: An Adoptee & Adoptive Dad Shares His Story 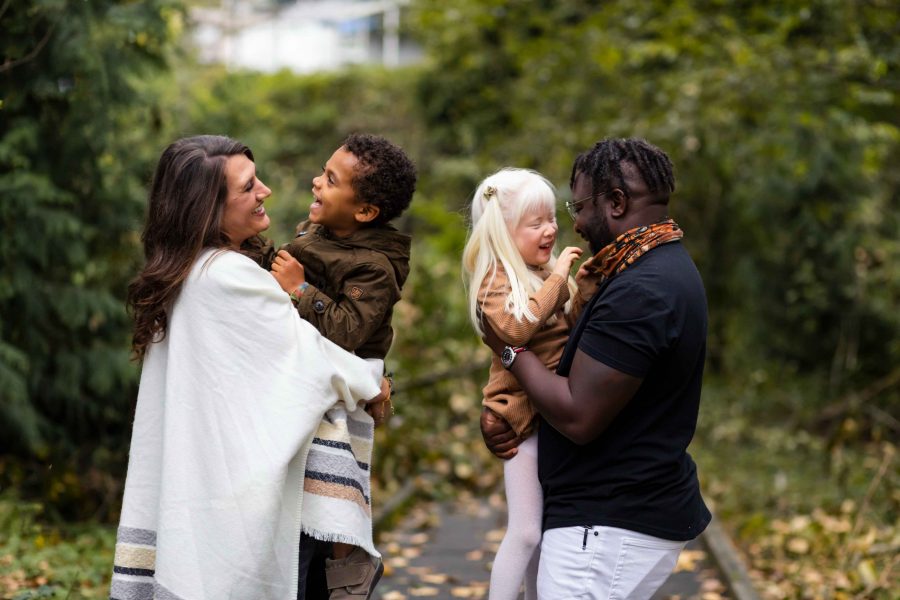 During the month of November—National Adoption Month—we’re honored to lift up various voices from the adoption triad: the child, the birth parents, and the adoptive parents. Today’s guest post comes from Zawadi Morrow, speaking into his life as an adoptee and an adoptive dad. In his words…

My story begins in a small village in Eastern Congo.

My mother passed away while giving birth to me. And per the customs I was born into, my tribe blamed me for her death. Tradition determined I should be buried with my mother.

But my mother’s midwife, a woman named Kavira, watched the situation unfold. She wanted me to live and remembered a European missionary family living in the village. This tradition surely didn’t align with the Biblical teaching they had been sharing in that small village community.

She rushed me to their home, pleading, “If you do nothing, this baby will die.”

They agreed to take me in, adding me to their family of four.

While the tribe allowed me to live, they couldn’t offer me a future in the village. The chief conducted a small adoption ceremony involving a little polaroid photo and some scribblings on a sheet of paper. I “officially” became part of the Morrow family, and we set off to return home.

I’m so grateful for how my parents instilled my identity. They often said, “Some people are going to look down on you, but that’s their problem. You have value, worth, and we want you to achieve as much as you can, if for no other reason than changing the narrative for other people.”

As I’ve moved from county to country with my family, I’ve always had a strong sense of my identity—both as a member of my family and as a child of God.

Eventually, I married my wife, Erin, and we settled in Seattle.

We always knew we would adopt, so early in our marriage, we started a coin jar to fund our adoption. While we weren’t adopting at that point in time, it served as a reminder of the commitment we made. Our coin jar slowly grew into a few hundred dollars, then into a savings account.

When our biological son was 2, we officially started the adoption process and, given my background, felt uniquely equipped to adopt internationally. We did some research and decided to adopt from China. (Ironically, Asia was the only continent not represented in my family tree.)

After submitting our paperwork, Erin saw a photo of a girl. She was beautiful but was already matched with another family. About a year later, that match fell through, and we came across her again, though we didn’t realize it was the same girl. God worked out all the details to bring her into our family, including the financial details. 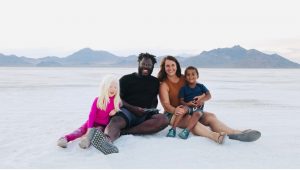 We were so grateful to receive a Lifesong matching grant that helped lift the financial burden in order to bring our daughter home.

Knowing we were chosen as recipients of a Lifesong matching grant meant we could involve others in the adoption process, which has created a ripple effect of others considering adoption in their own families. What a blessing!

With our finances and paperwork in order, we traveled to China to pick up our daughter.

We named her Kavira, after the woman who saved my life.

While there, the orphanage director insisted we visit the spot where Kavira was found, but I was hesitant. The emotional toll of seeing where my daughter was discovered seemed too heavy.

But the director was emphatic, and the next thing we knew, we were in the car, weaving through the city. We pulled over on the side of a busy road, and the director pointed to two nondescript trees.

“She was found right there at the bottom of that tree,” he said bluntly.

In a moment, I realized—I’m at peace because she isn’t here.

She’s alive, she’s well, she’s mine. She’s on the other side of the road in her new mother’s arms.

This moment is one of the best gifts I’ve ever received from the Lord. It’s as if He was telling me, “You don’t have to worry. She’s not here. This place doesn’t mean a thing. It’s just a tree on the side of some random road in the middle of China.”

I realized more fully that she has purpose, value, and worth. And it’s my job to give her that and show her that—just like my parents did for me.

That’s what is beautiful about earthly adoption and our spiritual adoption. We were purposed for death and destruction, and God through Jesus rescued us out of that. 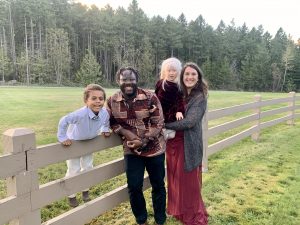 There are kids everywhere that need families.

Sometimes people make arguments against international adoption. And it’s very true that there are thousands of kids in the U.S. who need loving homes.  But I would encourage people to know that however you arrive at the child you choose to adopt—whether domestically or internationally—it’s a net positive. It’s not a negative thing. There should never be any shame in that process.

God knows the names and the faces of all of these kids who need families. He knows who you are as a person, and if you have a desire to adopt, honesty with yourself and with God will bring you to the right space and place.

I need to be faithful to what God has called me to do and do that to the best of my ability and trust God is working through someone else to meet needs elsewhere. There’s a lot of freedom in that.

IS GOD LEADING YOU TO ADOPT?

Being Seen Saved My Life: My Adoption Story

Is Fundraising for Adoption Common?