After our home study was approved, we were unsure how we were going to come up with the next phase of costs.

But when we received word that we were offered a matching grant through Lifesong and that they’d also help us in our fundraising efforts, our attitude began shifting from “How are we going to pull this off?” to “I know God is able to pull this off!”

We received a matching grant through Lifesong with the potential for $6,000. We also had tax-deductible tools to fundraise now! Everything we’d done before did not offer this, yet we knew it was important to some donors. Lifesong gave us a full fundraising package. Also, the boost to trust Him in it.

Once we were approved and moved forward with the next phase (still unsure how we were going to come up with costs, but certain God was calling us to continue), things moved very quickly.

Just a month after we had heard from Lifesong, we heard from our agency saying that another agency had reached out to them with difficulty placing an infant already born and currently in the NICU. We couldn’t believe it, but then we learned the costs would be even more than we originally expected, having to now work between two agencies.

Regardless, we said absolutely, 100% yes!

We waited and prayed for this “Little Man” in the NICU, and eventually, we were chosen to be his family.

In those waiting couple of weeks, we became fully funded—even including the extra costs for the multiple agencies.

With Lifesong and God working His miraculous, redemptive timing, we suddenly had everything we needed.

We went to meet him knowing that cost would not be an issue and we would be 100% ready for him, just like we had promised. 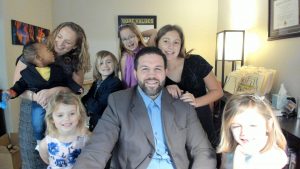 The biggest “God-thing” was exactness and timing.

When we first acted on adopting, we wrote down the number we needed for Phase 1. Then we looked at each other and laughed. Where on Earth was that going to come from?

The next morning, a friend showed up at my door with a check. She had overheard us talking to our mother-in-law at church about our intention to adopt.

Years prior, their family had started the process to adopt a sibling set internationally. At the time, my husband and I agreed to take on fundraising for them. They just weren’t comfortable handling it. Well, the country’s adoption laws changed during that time and everything fell through. They were devastated and eventually chose not to move forward again. What we didn’t realize was that they still had those funds sitting in an account just praying about what to do with it.

She handed me a folded check and said, “Here’s the money you raised for our adoption. We want you to have it towards yours.”

We both cried and hugged, and I tucked it away. When I opened it later, the amount left that we had raised was exactly $50 more than the number we had written down the night before! We were in disbelief, but also now certain this is what God had called us to. 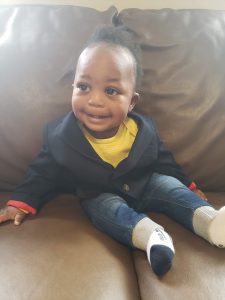 Fast forward to hearing about our “Little Man” in the NICU.

We were in need of about $16,000 more in order to have what we needed to move forward with him.

This was towards the start of the pandemic in 2020. That same week we received our first stimulus check into our family’s account—nearly $5,000.

Just days later a check came in the mail… we had overpaid on our mortgage during a refinance a few months back—a refund check for over $5,000.

Then the agency called on Thursday, after just telling us the day before that it’d be a couple of weeks until he’d be discharged and able to go home, and said he is doing amazingly better than expected and needs to be placed with us tomorrow! So we placed a Target “from home” order, called grandma to watch the other kiddos, packed the car up, and went to meet him.

During all of this, our family and friends saw to it that our matching grant was met—another $6,000 appeared.

We’re really not sure how it all happened, except for our God.

We are so grateful and so in love with our little man. All glory to God who is able to do exceedingly, abundantly, above and beyond all that we might ask or think!

We believe money should never be the reason a child doesn’t have a family.

You can fund grants and loans to help families overcome the financial hurdles of adoption, as well as supporting orphan care ministries around the globe! 100% of your gift goes where it’s needed most to help orphaned and vulnerable children.