This Little Guy was Worth the Wait | An Adoption Story 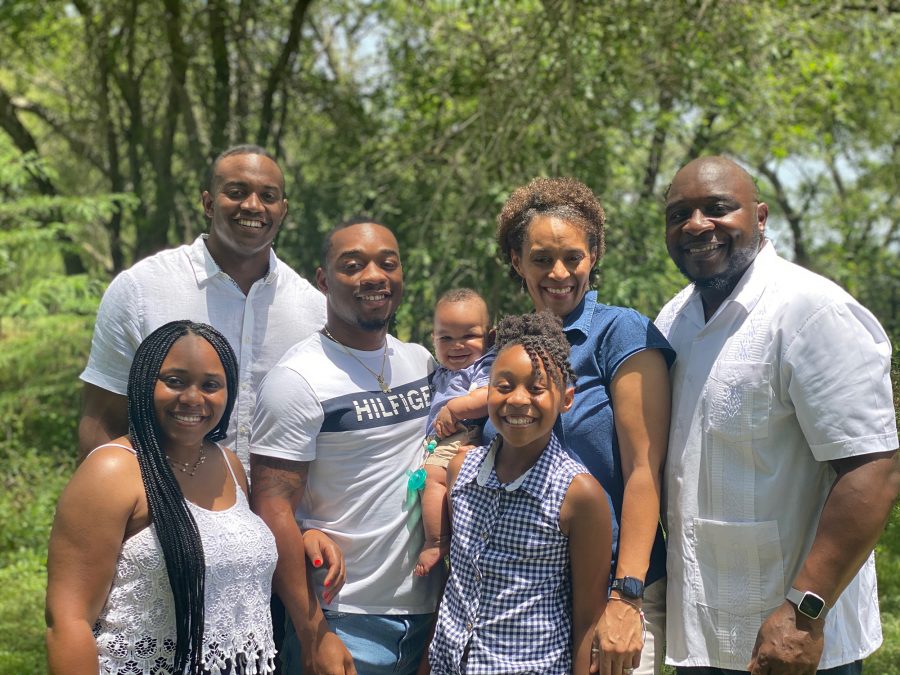 Is the wait worth it?

Especially while we wait for something as important as children—whether adopted or biological—it’s natural to wonder about God’s timing.

If we’re honest, sometimes it feels like God doesn’t know or care about our situation. Where is He in moments like these?

If disappointment has ever been a theme in your story, take a moment to watch this powerful testimony from Frank and DaNae …

Shortly after Frank and DaNae got married in 2010, God blessed them with a healthy pregnancy and a beautiful baby girl. With three other children in their blended family, their tribe was growing as planned. A couple years after that, however, they decided to add one more child.

And then things got complicated.

They lost a baby.
They went through the grueling IVF process.
Then they lost a second baby.

What had seemed so effortless had become completely out of reach to them, and the wait felt like a lifetime.

But they felt confident their family was incomplete. They began to wonder if they were supposed to adopt, but even this decision wasn’t an easy one. DaNae explains—

“We didn’t know anything about adoption. We had seen it here or there at church, but in our culture, if there’s a child that’s born, we bring them in and the aunt takes care of them or it’s a family thing. And so—for us to go outside of our family, outside of our area, and outside of our comfort zone to bring another child into our home—God had to prepare our hearts.”

So they bought a larger house, intentionally laying the foundation for God to bring them a child however He determined.

From 2016 to 2019, they started and stopped their adoption paperwork 6 times.

The adoption process was overwhelming. And most daunting?—the financial piece.

So even while saving money, they kept holding on to hope that they might be able to give birth one more time. But then in 2019, DaNae underwent a surgery that put having another biological child out of the question.

And so, even as she was sitting in bed recovering from surgery, DaNae started working again on adoption paperwork. In her words—

“We prayed and asked God to stop us if we were getting ahead of ourselves. We wanted Him to take that desire from us if it was not possible. But everything kept falling into place.”

Their conviction that God wanted them to adopt grew stronger with each passing day.

Stepping out in faith and committing to adopt—without knowing where the adoption financing will come from—can be really scary.

Yet, God calls families every single day to step out of their comfort zone and follow Him.

Friends encouraged Frank and DaNae to write a letter, so they did. They told their story. Frank and DaNae started by writing a letter to their closest inner circle. Pouring out their hearts, they explained why and how God was leading them to adopt.

“We were just expecting—you know—small amounts,” DaNae explains. “We were really shocked at the love and support that we received through that.” Money—and much larger amounts than they ever imagined—began to pour in for their adoption.

Next, they applied for grants online—including a Lifesong matching grant through Jeeah’s Hope—which they received. In DaNae’s words—

It very well could have been the point that if we didn’t [receive the grant], we probably would have fallen off. Lifesong came just in the nick of time with Jeeah’s Hope.

Finally, they set up a personal crowdfunding page through Lifesong’s free mySTORY platform—enabling friends and family to give. Friends hosted a pancake breakfast, they received an unexpected tax refund, and a football coach from Frank’s college days showed incredible generosity at precisely the right time.

All in all, God provided in ways they never imagined.

Through the help of their close community of friends and family—and generous support from advocates like you—they received their funding.

Frank and DaNae felt confident that God would give them a little girl.

So they gathered up all their girl clothes from their older daughter and began preparing the space for their next child. They started discussing girl names and anticipating meeting her.

But just like the rest of their adoption, this wouldn’t go as planned.

In October 2019 they learned they were matched with a baby.
In November, they had the privilege of meeting the baby’s birth parents.
And in January, their son was born.

In Frank’s words, “It was one of the most exciting times in our lives. Bralen completed our tribe, and we are so blessed the Lord brought us together!” 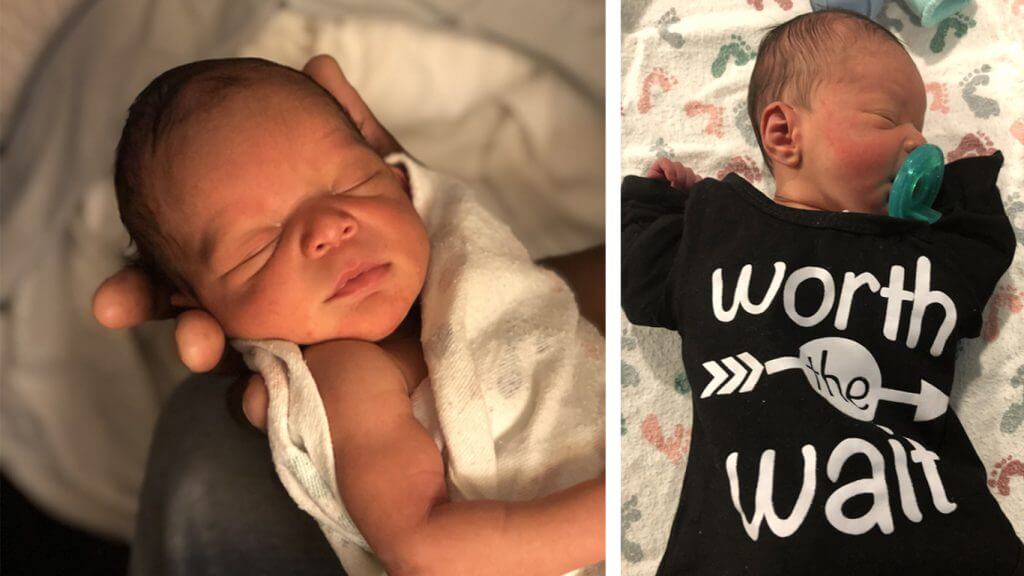 Their Yes Changed Many Lives.

What started out as a married couple simply wanting to expand their family turned into a journey of faith that led Frank and DaNae—and those who love them—to know and trust God in a deeper way. Frank explains—

“Because of this adoption, I’m learning something new every day about my walk with Christ.”

Their lives have been enriched because of their decision to step out in faith and trust the God Who actively works in the details of their story. 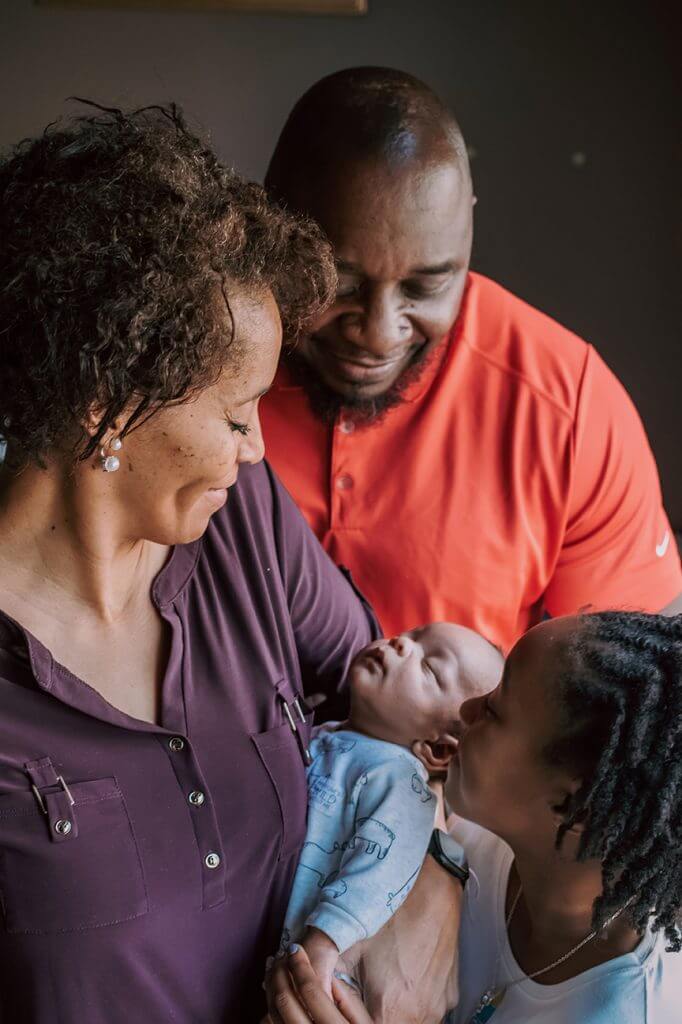 So … was God involved in the details of their story?

From the timing to the provision … from the setbacks to the surgery … from the process to the gender—this journey wasn’t one Frank and DaNae would have chosen for themselves, but in hindsight, it was better than the path they wanted.

In each of these details, God was working to lead them to the right child.

Speaking of his son, Frank says—

“We definitely need each other, and God brought us together at the right time.”

What part of your story is God asking you to trust Him with?

Is God calling you to adopt, to give, to go? Does He want you to foster? Here at Lifesong, we’d like to encourage you on whatever path God is calling you to travel. You don’t need to take the next step alone.

As Frank says, “Don’t give up. If you’re adopting and it’s in your heart and it’s something you really want to do, don’t give up.”

Win a Gift from a Brand That Gives Back!