13 Famous People Who Were Adopted 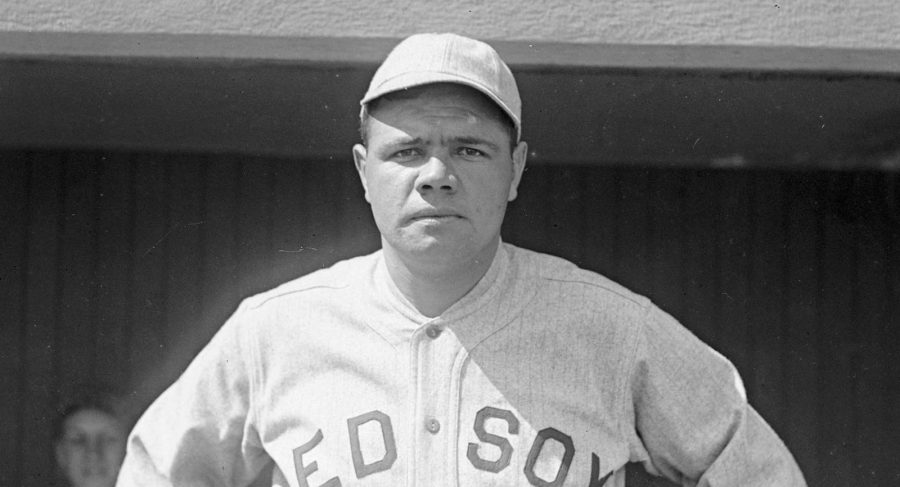 Since adoption receives negative publicity at times, it’s nice to read about adoptees who grew up to do interesting or extraordinary things with their lives.

*Important to note: while these names are largely recognizable, every life is equally valued in the eyes of God. Every child who was fostered and/or adopted has the capacity to impact generations regardless of whether or not the world takes note.

He and his sister were sent to the orphanage at a young age. The good news? It was there that he met Brother Matthias who taught and encouraged him to play baseball. A talent scout became his legal guardian, and Ruth spent 22 record-breaking seasons playing ball. He eventually became one of America’s greatest baseball players … as well as an adoptive dad.

Surrendered and adopted shortly after birth, Jobs was a successful entrepreneur who became the co-founder, chairman, and CEO of Apple Inc. He has personally been linked to the technological revolution that has swept the world.

After being adopted as a baby, Gilbert went on to star as Laura Ingalls Wilder on the NBC series Little House on the Prairie from 1974 to 1984.

Raised by extended family after the death of his father, Hancock became a prominent Patriot of the American Revolution. His signature is so well-recognized on the Declaration of Independence that the term “John Hancock” has become a synonym in the U.S. for signature.

Adopted at age 17 after spending years in various foster homes, Oher went on to play offensive lineman for the Ole Miss Rebels and then was drafted by the Baltimore Ravens in the first round of the 2009 NFL Draft. He is the one about which The Blind Side was written and eventually made into an Academy Award-winning movie.

Raised by a tribe chief after his father’s death (when Mandela was 9 years old), he grew up to be the President of South Africa from 1994 to 1999. He was the first to be elected in a fully representative democratic election. He is known as a revolutionary, politician, and philanthropist.

Raised by extended family after the death of his parents, Tolstoy grew up to be a famous Russian novelist, short story writer, essayist, playwright, and philosopher whose works are still widely read and appreciated today.

After her parents separated, Reagan (born Anne Frances Robbins) lived with an aunt and uncle during much of her upbringing. Eventually she moved back with her mom and took her stepfather’s last name, “Davis.” In addition to serving as one of the most beloved First Ladies, Reagan started the well-known “Just Say No” drug awareness campaign.

Born in Atlantic City, New Jersey, to a young unmarried woman he never knew, Thomas was adopted at 6 weeks old. At age 5, when his (adoptive) mother died, Thomas moved in with his grandmother. Thomas grew up to become the founder and CEO of Wendy’s restaurant chain, where Thomas used his platform to advocate often and generously for adoption.

Born Edgar Poe in 1809, Poe’s father abandoned the family in 1810, and his mother died the following year. Considered an orphan, he was sent to live with the Allan family in Virginia who raised him to adulthood. He became an American writer known for his poetry and short stories, particularly his mysteries. He is considered the inventor of detective fiction.

Leslie Lynch King Jr. was only 16 days old when his parents went their separate ways. A couple of years later, King’s mother remarried and they changed Leslie Lynch King Jr.’s name to Gerald Rudolph Ford Jr., in honor of his stepfather (whom Ford says played a wonderful role in his life). Ford went on to be the 38th President of the United States.

After spending time in and out of foster care, Biles was adopted by her grandparents who helped her pursue her dream to reach the Olympics. An American gymnast, Biles became the 2016 Olympic individual all-around, vault, and floor gold medalist. As an integral part of the “Final Five,” she became the most decorated American gymnast with nineteen Olympic and World Championship medals.

Someone you may not readily think of as adopted is Jesus. While Jesus–the Son of God–was born to and raised by Mary, He was also accepted as a son and raised by Joseph. In fact, the book of Matthew traces the genealogy of Christ through Joseph’s bloodline–as opposed to Mary’s–to establish the qualifications of Christ as Israel’s Messiah. Adoption–both physical and spiritual–is a good and perfect part of God’s plan to redeem sinful man for all eternity.
For more on this, read: How the Christmas Story Is an Adoption Story

Every orphan could be someone’s
son or daughter.

See the Impact You Are Making This Year!