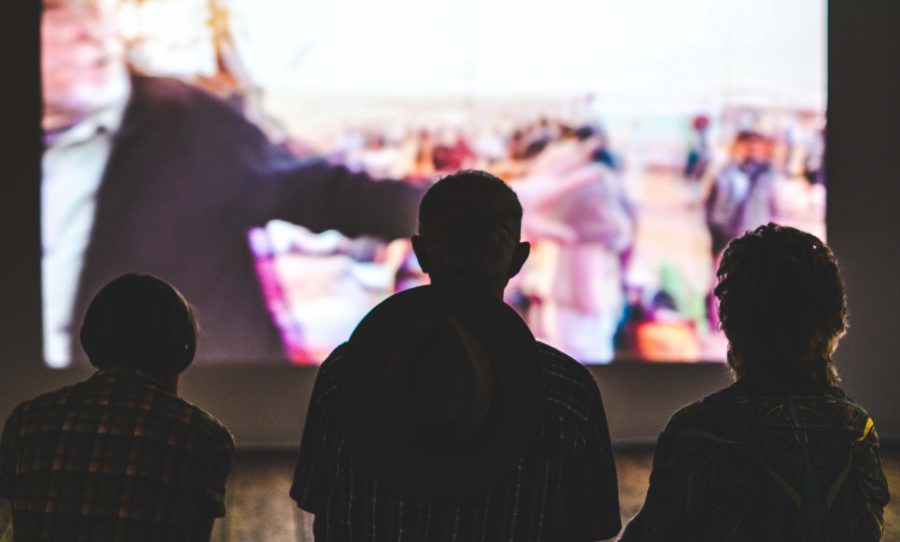 So the weekend has arrived and you want to watch a movie.

Why not watch one that is family-friendly and starts a conversation about adoption or foster care?

After our first post featuring 5 Films About Adoption or Foster Care, you—our Lifesong audience—responded with your own creative recommendations. Here are 5.

Twelve-year-old Lewis loves to invent things, and he never gives up on his many creative ideas. Oh … and he lives in an orphanage. Specifically, he’s had 124 interviews with potential parents, and he’s ready to give up on the idea of being adopted. (What kid wouldn’t be?) Thanks to the help of a mysterious stranger, Lewis is invited to travel 20 years into his future where he meets the loving family that will be his. Armed with this hope, he returns to the present time period and presses on.

This cute, family-friendly movie will raise good discussion points about how children are placed into families. Note: Mildred, the orphanage director, is portrayed as a loving character, as opposed to the dozens of negatively stereotyped orphanage directors in other movies. At one point she says to Lewis, “Go show them how special you are!”

Po is a loving panda who was adopted and raised by Mr. Ping–the goose who owns the local noodle shop. Torn between his own passion (which happens to be Kung Fu) and his family’s calling, Po must learn to identify and incorporate both into his identity. Spoiler Alert: By the end, Po is the Dragon Warrior who also happens to be a fantastic noodle cook.

These movies do a great job encouraging kids to talk to their parents about whatever is on their hearts. One of the great lines?–

“Your story might not have a happy beginning, but it’s who you choose to be that makes you who you are.” Thankfully, as believers, we can emphasize that it’s even more than that. God Himself takes great interest in who we are and who we are becoming and He has pledged to help us every step of the way.

First, this movie is ideal for older teens and/or adoptive parents. It may not be suitable for younger children. This movie is considered one of the most sensitive and responsible portrayals of adoption in the movie industry. It tells a powerful story of two brothers who are accidentally separated when the younger (5-year-old) brother, Saroo, gets lost on the streets of Calcutta, hundreds of miles from home. 25 years after being adopted by a couple in Australia, he sets out to find what was lost.

The movie beautifully shows the relationship between the loving parent (by birth) and the loving parent (by adoption). It isn’t naive to the tensions involved, but it doesn’t showcase one to the neglect of the other. At the end of the movie, Saroo calls his mother back home in Australia to say, “Hi Mom. I’m safe, and the questions have been answered. There are no more dead ends. I found my mother. She thanks you for raising me, and knows you’re my family. I found her, but it doesn’t change who you are. I love you, Mom and Dad, so much.”

Though Annie is often the iconic, go-to movie when it comes to stories about adoption, the 2014 version does some unique things, including casting an African-American girl in foster care instead of portraying a red-headed Caucasian girl in an orphanage. One of the most powerful lines?– “I’m a foster kid, not an orphan. I have parents.”

The movie touches on many themes unique to foster care and opens up many opportunities for questions and discussions. Pairing a very serious topic with some fun and catchy songs could be potentially disastrous, but this movie does a pretty good job handling a delicate story.

Though this movie is meant to be a light-hearted alternative to many sentimental Christmas movies, it contains some gems. In this story, a baby crawls into Santa’s sack and ends up in the North Pole being raised by elves. Clearly not an elf (since he looks like an average-sized man), he doesn’t fit in with average-sized adults since he acts like an elf. His actions and appearance leave him feeling like he doesn’t belong in either world.

This movie is ideal for kids who may not want to watch a serious adoption-themed movie but who may benefit from enjoying a comedy that slips in some serious thoughts and ideas. Tucked among the funny one-liners are comments such as, “Oh, it’s not a costume. I’m an elf. Well, technically, I’m a human, but I was raised by elves.”

No matter what you watch this weekend, we hope your popcorn bowl is endless and your adoption conversation is helpful!

*As always, we encourage you to use Focus on the Family’s Plugged In entertainment guide to review the details of each movie to be sure it’s right for your family.

A Miracle in a Misread Ultrasound