Many of the adopting families we serve share their stories with us. And since you make those stories possible, we love sharing them with you.

One of those families is the Krals. Here’s their story—

When Jeremy and Rachel Kral first considered adoption, they decided it wasn’t the right time. Their family of three had just become a family of four, and life was good.

Still, Rachel felt strongly about their family’s calling to adopt. She asked God to lay it on Jeremy’s heart if it was something He wanted their family to pursue.

Two years later, a podcast opened Jeremy’s eyes to his empty excuses for avoiding adoption. God clearly revealed that He wouldn’t have called their family to adoption if He wouldn’t see them through it.

Jeremy called Rachel right then and said, “I’m ready to do this.”

Rachel’s prayer had been answered.

In 2017, they prayerfully began the international adoption process from Africa, but the journey that followed was anything but linear.

They switched agencies once, changed countries twice, and lost a referral of a little boy. Questions and doubts flooded their minds. Had God really put this on their hearts? If so, why did He keep closing doors? Staying fervent in prayer, they realized—

“When God calls us to something, He never says it’ll be easy or make sense. He just says He’ll be with us.”

Eventually, they were matched with two sisters from Liberia, ages six and four. After seeing their photos and learning their names, saying yes to those two little girls was simple. But while they had set some savings aside, raising the $42,000 to bring them home seemed impossible. 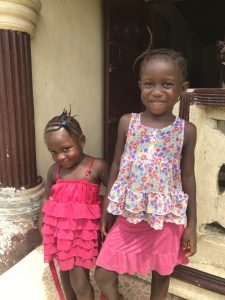 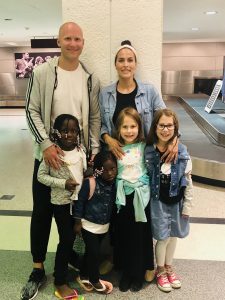 Trusting the Father to Provide

Jeremy and Rachel believe, as we do, that money should never be the reason a child doesn’t have a family, so they moved forward in faith. In God’s perfect timing, their church had recently relaunched their adoption fund through Lifesong. So they applied for and were awarded a matching grant.

All the while, Satan whispered lies and convinced them to set low expectations for their fundraisers. At one of the most difficult times, Jeremy and Rachel learned that someone had generously donated a gift that exceeded their matching grant.

To Jeremy, it was as if God was saying, “My child, I love what you’re doing. Why did you think that I wouldn’t provide?”

When you give to support adoption, you join families in obeying God’s call to help the world’s most vulnerable. Funding is the number one reason more families don’t adopt, and your gifts allow them to overcome those financial obstacles and say yes to a waiting child.

“Saying yes to things that aren’t natural isn’t easy. It’s the hardest yes ever. But God is waiting for us as Christians to follow Jesus’ lead.”

Made Possible Through You

Nearly two months after Gospel and Yassah came home, the Krals sent us a message—

“We were so grateful to receive a matching grant through Lifesong. Our partnership made it possible for us to raise the funds needed to adopt two beautiful sisters from Liberia, Africa.”

Jeremy and Rachel’s daughters–Gospel and Yassah–fill their home with energy and life and serve as a constant reminder of God’s faithfulness to their family. Thanks to caring people like you, they are two of over 8,120 children who are living in loving, Christian families after receiving Lifesong funding. Each adoption is a life-changing reflection of the Gospel, and God invites us to help make more possible.

Funding is the number one reason more families don’t adopt. But when you give to support adoption, you help families, like the Kral’s, overcome financial barriers.

Gospel and Yassah are two of over 8,000 children who are in loving Christian families after receiving Lifesong financial assistance. They wouldn’t be home if it weren’t for you.

We can help! We provide matching grants, interest-free loans, fundraising support, and a FREE crowd-funding platform to help families overcome the financial barriers to adoption.