One Sunday every year, around 100 million Americans dedicate their evening to the Super Bowl.

That’s more than one out of every four people in the U.S.

In our world full of free-thinking and individualism, our nation’s collective agreement to spend four hours doing the same thing (even if it’s something as simple as watching a football game) is worth noting.

While we enjoy watching the Super Bowl as much as the next fans, we think of Nelson Mandela’s famous quote—

“The true character of society is revealed in how it treats its children.”

If 100 million people were to agree to advocate for the most vulnerable children in our country, what kind of impact would we see?

As we watch the big game, it’s important to keep a healthy perspective on things that truly matter.

1. In the span of a two-minute commercial break, one child will enter the U.S. foster system.

During the (roughly) four-hour game, 120 children will enter the U.S. foster system. 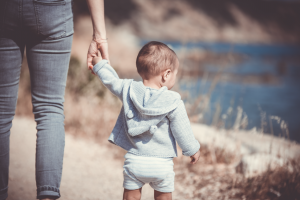 2. The five largest NFL stadiums in the United States could be filled to capacity and still not fit all the children who are currently in the U.S. foster care system.

Care to check our math?

The most recent data shows approximately 437,000 children are in foster care. 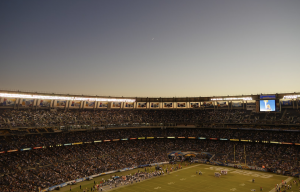 3. This year’s average Super Bowl ticket cost $18,600. Meanwhile, more than 10 million children in the U.S. are living in poverty—in families with an income of less than $2,200/month.

Children remain America’s poorest age group. According to most recent data, 1 in 7 lives in poverty. And roughly half of those children—about 5 million—live in extreme poverty, with an annual income of $13,086 for a family of four.

(Side note: This year’s Super Bowl tickets were the most expensive in history. Top VIP suite tickets cost a jaw-dropping $100,000.) 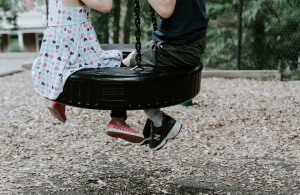 4. Nearly 100 million people will be viewing the Super Bowl this Sunday. Meanwhile, there are approximately 140 million orphaned children around the world.

These children are at an increased risk of trafficking, poverty, and homelessness. Learn about global orphans here and orphans in America here.

While the needs of our nation’s most vulnerable kids can feel overwhelming, it’s important to remember that no one person has to do everything.

But we should all do something.

Wondering if becoming a foster parent is for you?

Check out this compilation of TFI’s blog posts that can help you explore those thoughts.

Getting ready to begin the foster care process?

Whether you’re just starting to think about fostering, in the home study process, setting up your home, or in the wait—here are some great blog posts to encourage you on this journey.